THE MARKET OF THE SWISS HOLIDAY EXHIBITION

Get in contact with the best market you can have

The increasingly international vocation of the Exhibition is confirmed by the composition of the exhibitors contingent, whose representatives come from all over the world.

China, South Africa, Portugal, Jamaica, Malta, Dominican Republic, Iceland, Norway, Greece, Spain, Uganda: these are just some of the countries which have chosen Lugano to develop their own business in tourism.

The internationalization of the contingent of exhibitors is revealing itself more and more as one of the key values of the event: “Places, Peoples and Cultures” is the slogan that from the earlier editions follows the exhibition. The destinations represented during the Swiss Holiday Exhibition are promoted not only trough the common means of promotion (such as leaflets and brochures) but also showing concretely their own traditions and cultures, their typical food and gastronomy, the dances and typical dresses. 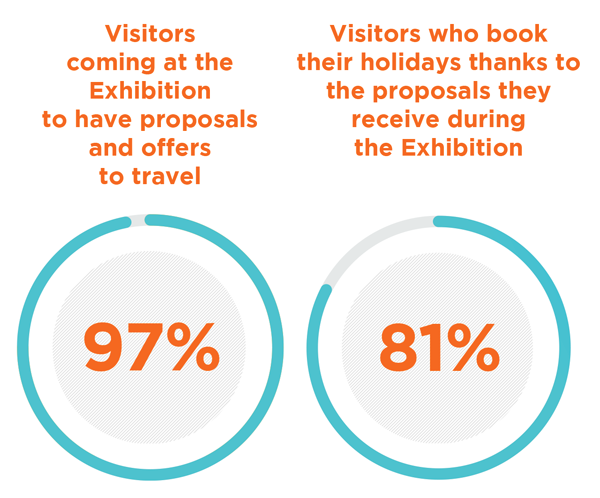 The Swiss Holiday Exhibition has become over the years a fix appointment for all the travelers coming from the whole Switzerland and neighbouring Italian regions: the event is now deeply rooted in the habits of the people, and every year thousands of families, singles, young couples, students and seniors visit the event looking for ideas for their holidays, and often to book them directly by the operators present at the event.

As regards the percentages of origin, 82% of visitors of the event is confirmed of Swiss origin, with a strong provenance of participants from german and italian-speaking Switzerland, while the remaining 18% comes from the neighboring provinces of Northern Italy of Varese, Como, Milan, Novara, Monza and Brianza.